Thanks to the help of readers and viewers I have finished. I apologize for the length of this post. Judging by the length of my outline, I should have posted an interim update.

Ilmari helped out with a hint that pointed me towards the space compass. Technically, I had found the compass already; however, after getting a cryptic message twice, I promptly forgot to return to a certain chest. Would I have found it on my own? Possibly, but not in the timely manner I did; I immediately knew where to look once I read the hint.

With the compass in hand it was an easy matter of locating the ship. All the fairies inside had turned into monsters... it was too late to save them. Their final message told me to seek the first dimension, and I should go 7 steps south and 4 west from the ruins (sic) written on the wall in the Cave of Death. I also found a fairy-made helmet, which offered as much defense as the space suit, and a horn, which was not a joke item.

The door to the first dimension was easy enough to identify. It was a translucent doorway between two pillars. Entering this previously had sent me on a teleportation ride across the land. The purpose of it was lost on me until I read that message. With the time-door amulet in hand I vanished to the first dimension.
The land here was much different. The enemies were tougher. The landscape was barren. I found two caves: one was a trap (poison) and the another transported me back to Fairyland. It had changed. The monsters took on a mutated form. I went back to the first town to raise my levels and prepare to grind.

I had no idea what to do in the First Dimension. Some supreme evil was supposed to be there, but neither his dark cave nor his treacherous tower jutted from the ground. On a whim, I decided to talk to all the townsfolk again. They all had the same thing to say, except for one or two per screen.

Now the majority of townspeople had absolutely nothing to say. "!?...." is their default response. At first I dismissed this as trying to fill the screen without adding dialogue. After one of the past plot events it seems this has changed; now they had something to say.

Most notable was the mention of the Town of Illusion in the First Dimension, located in the middle of the land. It's not a very large plot of land, 5x5 screens, and in the middle was a small island with two tombstones. I'm certain I'd stood on that island and searched before. One thing I hadn't done is go through all of my quest items and try to use... well look at that, the horn somehow granted access.

Once again I faced the blank stares of the townspeople. Luckily the shop owner offered up some new items. Cat's eyes are equal to Flash, Fake Medicine is equal to Invincible, and Holy Water dispels seals; all are one-time use. Well, I think I know where to use the Holy Water, and those hanging outside of it confirm my inklings with lore of what awaits inside.

Inside is another dark cave. It's more maze-like than the previous, with a handful of hidden areas (not so hidden with Flash) and a physics bending horizontal wrap around. A chest here contained the Flame Sword. A lightweight weapon slightly less powerful than my current weapon, but with the added benefit of range.

Varalys was the only other point of interest. The fight seemed to be going very quickly at first. Varalys teleported randomly over the screen; however, I wasn't taking much damage and he was nearly dead. On my next attack, he was back up to full life. I still don't quite understand, but he seemed to heal automatically after a certain amount of damage. This happened 13 times. Just as I was beginning to think I needed to search for these Sacred Lights, he died.

With Varalys defeated I picked up the statue which lay at his feet. With it I could now... I actually don't know what I'm supposed to do with this thing. I was lost again for a bit, grinded out some experience since it was once again getting good.

I wondered back through the city of Illusion and once again happened to start speaking to the townsfolk. I should have known their silence would be broken.
The statue opens a time door. A man imprisoned for an unnamed crime tells me he traveled there with a fairy. The only way he got back was with an exit talisman. I can confirm there's no teleporting out.

Finding the final dungeon took some time. I think the game started taking pity on me as there were now audible chimes whenever I walked over something of importance. Maybe it only happens late in the game, or maybe this was only the first time I really took notice. In any case, I heard the chime and tried to use the statue.

Using Time magic, I jumped ahead to the middle of the night (I found it doesn't have to be exactly midnight). I found a computer terminal that mentioned an imprisoned fairy on floor two, the fairy on floor three, and the locking mechanism on floor four. The fairy joined me as I headed towards the final confrontation.
At one point I found some camping gear, which allowed me to save outside the boss' room. This was crucial as I had a rough time punching through to the end. It's actually a bit silly though, the first time I found it I used it right away, and I didn't even realize it was one-time use. I ended up dying and reloading to find the camping gear still there. It seems the save is made before removing the camping gear.

Before diving in to fight the boss, I headed back to town at to gain some levels. I noticed something was off about my location choices. The City of Illusion was no longer available. To make room for the camping gear I had to lighten my load a bit. I figured the horn I used to enter the town was now useless since I could teleport in... apparently not.

At least I was at a point I didn't need the last town for anymore. I faced off against the final boss multiple times. At first I thought the only place I could effectively attack was his mouth, but this got me nowhere. My tactic was to use invincibility (I found the duration stacks) and find a weak point. Many times I accidentally stepped into his mouth, which is guaranteed death. The invincibility kept me alive for some time, but it wore off and I was worn down.

At some point I noticed the nodules on his back would blow up. My strategy then changed to focus on hitting that part. It was still helpful to shoot his mouth as it momentarily halted the projectiles coming out. Try as I might, I couldn't destroy more than three before meeting my end.

I then remembered a suggestion from the book, slow the game speed down. So, I set it to the slowest setting and crawled towards the boss encounter. The boss was unaffected. He moved and shot at me with the same ferocity. It seems strange that the only encounter that so far could benefit from changing the game speed would not change. I then tried speeding up the game and set myself to fast. This worked.

I now had the means to dodge and take out the lumps on his back and legs. Once all four were destroyed he was immobilized. I took aim and shot in his mouth. Days of in-game time passed. No change. I was missing something. Luckily I had viewer cheering me on, and one looked up a walkthrough after locking the boss in this position a second time.

The key was to do something completely unexpected: walk into his mouth and fire from the inside. While this hadn't worked before, it worked this time. I died the first time as I didn't have quite enough health to survive (even though I saw the experience gain). 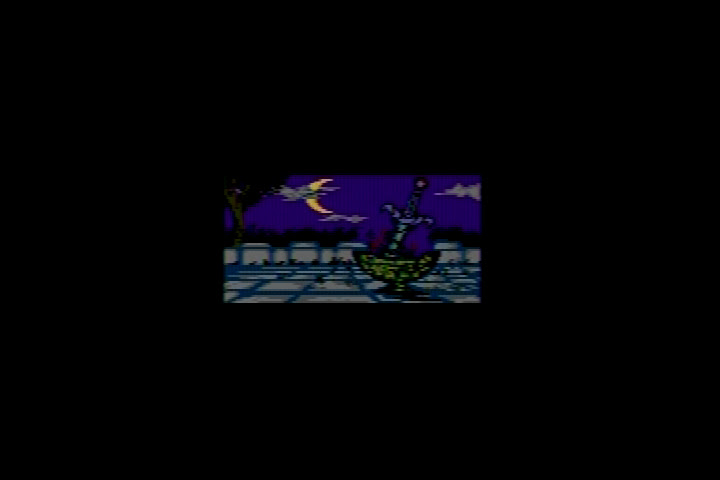 And so another game reaches its conclusion. It's time to move on. The game was a lot more enjoyable than I thought coming in. Even with the annoying elements working against me (e.g. revisiting areas I already covered, bad translations) we managed to work through it. Thanks to all for the support. Rating to come out this weekend and I'll stream Crystalis on Sunday.