Below the Cut: Advanced Dungeons & Dragons: Heroes of the Lance (NES) 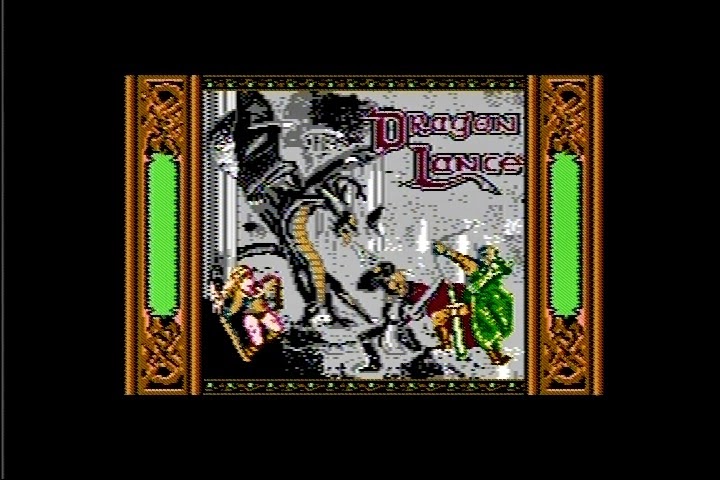 Advanced Dungeons & Dragons: Heroes of the Lance - Rating(8 RPP)
1) 1 - Character Advancement: practice/experience based advancement, stat or level increases, multiple classes or characters, customize characters
2) 3 - Combat: character stats used for combat, additional combat options, turn based
3) 2 - Items and Equipment: store to buy and sell, equipment decisions, item decisions
4) 1 - Story: main story at the forefront; world full of hints and lore; descriptions for objects, people, and places
5) 1 - Exploration: open world from the beginning, visited locations remain open
6) 0 - Quests and Puzzles: side quests not related to the main quest, puzzles and riddles to solve
One would think a game based off D&D would include, at the very least, character progression. Sure there are "experience points" tracked for killing enemies and finding treasure, but this acts as little more than a final score at the end of the game. Characters never change, hit points are not gained, and new skills are not learned. It almost squeaked by unnoticed, but I have to cut the game short. The experience is too shallow. I can't say I'm sorry to see it go (although I don't think it's the worst game on the NES--it did make me realize up+right isn't as responsive as up+left on my controller).
I'm a bit generous in the above scale. Combat options are limited to only scrolls and wands beyond normal spells and attacks. Equipment decisions are unclear: is "Sword" better than "Spear?" Character animations doesn't reflect a change in equipment. My characters had shields, but there was no indication they were actually equipped. Rings of protection were used (removed from inventory) after a message stating I felt more protected, but without an AC visible I couldn't tell if it was a temporary or permanent change.
I played for about two hours before calling it quits. I believe I'm about halfway through, but I just can't bring myself to legitimize this game for inclusion in the blog while I cut games that weigh in at 9 points. I may still include some 9s, but an 8 (especially one so forced) just won't do. If there were a deeper lore, some descriptions of items (not even ranged weapon ammo is available), or some kind of puzzles or side quests I might have made it a full post plus rating. Alas, this is just not an RPG.
I imagine much of the frustration with this game came from not having (or reading) the manual. Small hints like pressing diagonally up and forward instantly causes the character to run, pressing diagonally down+forward+B will cause characters to use a downward stab (up for upward), and Raistlin having a longer of jump distance (he actually levitates) are lost without it. It's true that losing Goldmoon in a pit causes a walking dead scenario (game is unbeatable without her blue crystal staff), but if she dies there are three other characters that can pick up the staff and still win.
There were only a few instances where the game was completely unfair. One was a hallway of fire, and the other I recall was a hallway with respawning magic-users. Unless there's more of that later on, I believe the game wouldn't take more than 3 - 4 hours total. I may finish on my own just to see how it ends, but I think I've said enough to justify cutting it now. If you're eager to see the ending, you'll be happy to know there's a speedrun that takes all of 5 minutes to reach the end. Now on to a good game! Sword of Vermilion up next.

Posted by Zenic Reverie at 6:42 PM