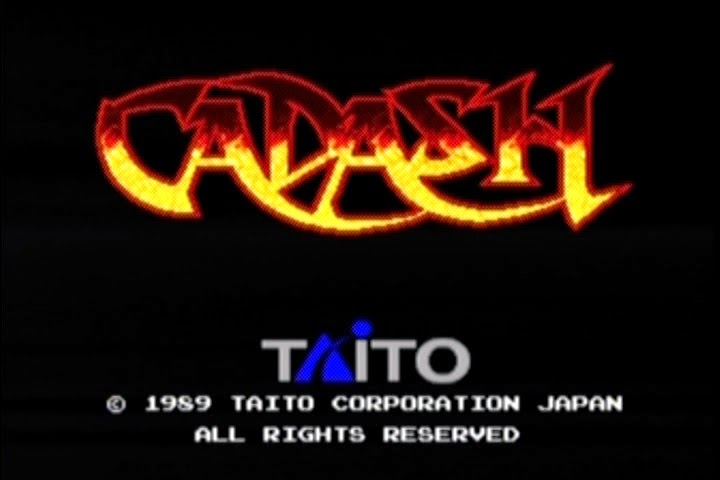 
As detailed in a previous cut turned accept post I decided to play Cadash, and blog about it. Well, I think my original decision to cut was the correct one after now playing it; however, I'll follow through and give it a full review. The turning point for inclusion was learning it's possible buy and sell equipment. Well it turns out there's only buying, and there aren't any item decisions (they're all used automatically as needed). The world on the other hand is a little more open than I thought, and it's possible to backtrack to revisit towns or grind out some levels.
It's definitely an arcade style game where you're expected to feed quarters to win (with a high score). I played through the arcade version by way of Taito Legends 2 released for the Xbox. This version offered varying difficultly levels, including a custom mode to adjust enemy difficulty and play time. The game is timed in the arcade version. I played yesterday on easy, which adds 8 minutes at the start of every chapter. The console ports don't offer any difficulty setting, and time is removed from the equation.
The story goes that a princess was kidnapped, and our adventurers have come to answer the call. The party (or solo character) traverses a dungeon to find a black slime guarding a portal. Portals connect the game's seamless sprawling levels, of which there are five. On the TG-16, the levels are disconnected a bit as towns and dungeons are connected by a cave entrance, and on the Genesis some dungeons are broken down further and connected by doorways.
As you can tell from the graphics (sorry for the blurry shots from the Xbox, they're taken from a console recording), the ports differ a bit. The Xbox version is as close to the original arcade as possible on console without playing in an arcade. This means they also left things in like credit feeding, of which I took advantage, but it was only about $3.00 to beat the game.
Other changes include a revamp of the leveling system and values for each monster killed. Level layout was modified a bit to accommodate differences in screen transitions. Bosses and enemies remained mostly unchanged; however, the Genesis version cut out a giant plant boss that offered a mid-game elixir (full heal), and the TG-16 doesn't reveal the final boss as a dragon until the re-fight back at the castle.
I had fun with the game, but I don't think anyone should considered it an RPG, no matter how it scores below. It's a good action game, and more fun with a bunch of friends, but don't expect an epic adventure.

Overall, I'm glad I played it instead of discounting it entirely. I don't think it deserved a full post, but showing off the differences intrigued me enough to put in the effort. There is a speedrun on YouTube done with the ninja. It's split into three parts though due to the ancient limit of 10-minute videos. Going forward I'll try to include more details and actually play the games for a couple hours before I cut them. That means I'll postpone my cut of King's Bounty just in case, and get right into Rings of Power. I'm very excited about diving into that one as I just read through the 120 page manual (well, 80+ since the last 30 - 40 are actually a walkthrough).

Posted by Zenic Reverie at 8:03 PM