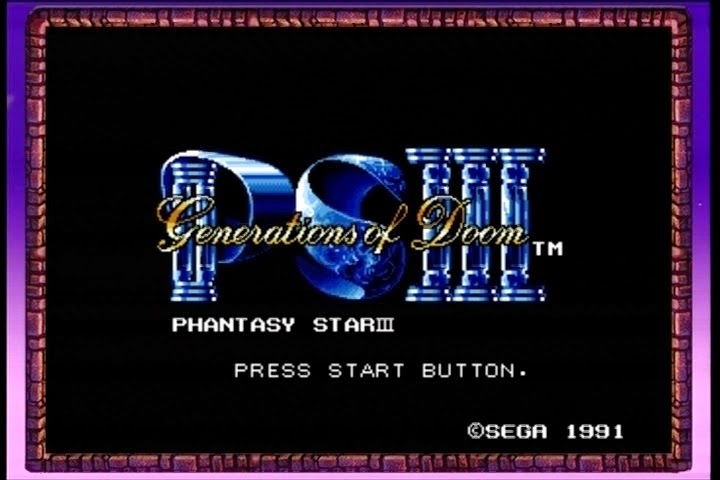 
Phantasy Star has been on the decline overall since the second game, and this--according to some--continued that trend. The third game in as many years, and the lack of polish is starting to show in significant areas. Turned out, this wasn't a terrible game, but merely a terrible Phantasy Star. The music was great, but everything else was a bit underwhelming. I didn't have the manual, so I had to figure out who could use what equipment and what certain techniques affected, but I don't think adversely influenced my opinion.
The main hook for this title was the ability to play through three generations. The game always begins with Rhys, a descendant of the great Orakio who fought against the witch Laya. Many were killed in that war 1,000 years ago, but the final whereabouts of Orakio and Laya were never confirmed (pretty sure they're dead by now). At the end of the Rhys' adventures he has to decide between two women to select as his wife. His son will then have the same choice (different women), and again have a son that will lead the final attack against Dark Force. Yes, Dark Force is back.