Game #57: Might & Magic: Secret of the Inner Sanctum (NES) - Looking for the Magic 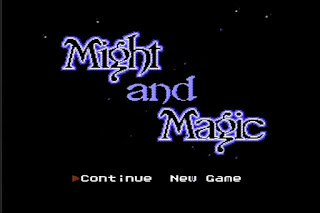 Email ThisBlogThis!Share to TwitterShare to FacebookShare to Pinterest
Labels: G-Amusements, Might and Magic, Might and Magic: Secret of the Inner Sanctum, NES, New World Computing, Sammy