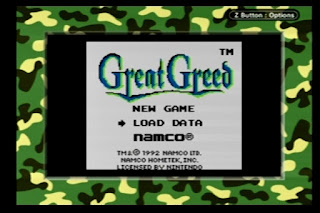 Combatant - Bosses are really what make the game challenging, but the number of strategic options offered is enough to ensure grinding is optional. It just takes a little exploring of spells not normally used, and a little bit of luck. Stats definitely play a role, and grinding can turn the tables.
Rating: 7
Admirer - This section gets high marks for the customization options of skills, and the unique controls. There aren't any adjustable appearances, and only HP and MP increase on level up.
Rating: 5
Puzzler - There aren't any side quests, and not many puzzles. There is only a single solution through the game. The main quest is well laid out though, and it's difficult to get lost.
Rating: 3
Instigator - The story falls a bit flat on the environmental side, stating only that toxic waste is bad. I'm not sure how influential it would be on any kid. How they handled trash was cute for a while, but annoying by the final dungeon where nearly every chest had some. NPCs do well at pointing at the next area, but don't make the areas themselves feel alive. There aren't a lot of choices, and those there are don't lead to interesting consequences during the game.
Rating: 4
Collector - There's stuff, some strange things I wasn't quite sure what to do with, but as far as I can tell the strange things are only there to be sold. While there is a limit to inventory, it'll take a while to reach. The economy has a strange balance. Not excessively over the top with gold, I was still able to purchase the best equipment as I arrived in town. There weren't many instances where I had to decide on some equipment over others. Strength is relative to cost, and equipping items will tell you for certain if it's more powerful.
Rating: 4
Explorer - The graphics as I mentioned before are well detailed, and enemy sprites are some of the best on Game Boy. The music is interesting, I don't think I've heard anything quite like it. The world is fun to explore, but linearly scripted, so there's no point in exploring off the designated path. It's also chopped up into areas that prevent back tracking.
Rating: 4
Final Rating: 27 [45%]

Overall a light fun game that surprised me with innovative mechanics even if the story didn't quite grab me. I'm not sure I'd claim this as a recommended title. It's a good challenge if you avoid grinding, and inoffensively short compared to most console RPGs.
I know updates have been lacking. I actually beat this game nearly two months ago, but I'm still in that funk where writing feels more like a chore than something I get excited to share. It might be the heat of the early summer, or the recent lack of exciting games. Add on top of that some issues I've had getting into the next game, Might and Magic III, and I just had to take a break for a while. We'll see if I can get back on pace, but if not, please forgive the lack of content and I'll update when I can. I'd rather update infrequently than force worse writing in haste. Even with the trouble I've encountered, I'm still looking forward to giving it another attempt.
Posted by Zenic Reverie at 11:08 PM