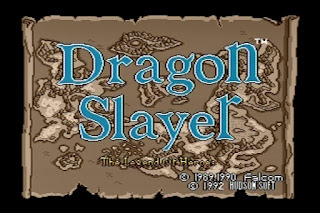 Final Rating: 25 [42%]
While playing, I was reminded of Traysia in a way: how the game was split between chapters, and the magic system played little importance to combat. Although, it has those same traits in common with Cosmic Fantasy 2. High cost magic seems like a theme of TurboGrafx and Genesis RPGs. It would have been nice to track this series across the many iterations, but it wasn't meant to be.
In other news, I seem to have successfully repaired my TurboDuo. It survived a 20 hour RPG without a single blip in the CD quality audio. The A/V cable is still a bit loose, but I can manage through that. Next up we'll cover Exile on the TurboGrafx-CD. It's an action-RPG, and includes some additional scenes censored out of the Genesis version. I may have gotten the order of games a little mixed up, but precise release dates for the US are hard to come by, especially for an obscure system such as this.
Thanks for sticking through to the end, and I hope you enjoyed reading my experience with the game.
Posted by Zenic Reverie at 4:06 PM