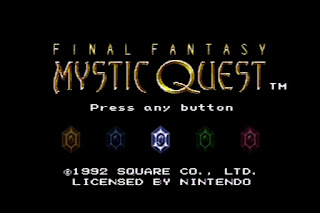 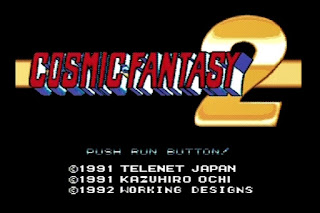 By far not the worst game this year, but how does a title like this earn itself RPG of year when Dragon Warrior IV and... well this does seem to be a year lacking in standout titles. From memory, I'd say Soul Blazer was better than this. In any case, overall it's not an enjoyable game. Combat is tedious, and the encounter rate a bit too high. The story is the only thing this has going for it, and it's a hard pill to swallow. Some plot holes like, Robert, the ships computer running away from pirates because the weapon system was locked comes flying in at the last second guns blazing to destroy an escaping pirate ship.
Moving on, I've already completed Final Fantasy Mystic Quest, and will write up the post soon. I should have the TurboDuo fixed in time for Dragon Slayer: The Legend of Heroes, but next to play is Ghost Lion. So I don't get too far behind blogging and playing, I'm taking a break from playing until I catch up. If I let the blogging and playing get too out of sync, I'll have trouble recalling a lot of the details.
Posted by Zenic Reverie at 12:49 PM 9 comments: