It's well known that D&D has its roots in war gaming. So, it's understandable when a strategy game includes set characters, stats, and improvements that some might tend to call it an RPG. However, these characters are rarely influential to the story. In the case of Gemfire, a small country is at strife. The play selects a family to control as well as a scenario, which dictates how many territories are under the family's control from the start. As with most KOEI games, the player improves each land and conscripts armies to gain more land. The ultimate goal is conquest.

Characters lack advancement options. A land's stats can increase, so I gave it a point for that. Different families have different special units, but there's no customization. Character and land stats don't influence turn based combat as it's the armies that do battle. There's no store, items, or equipment.

The plot doesn't progress during the game. The entire world is rather small; however, it is fully accessible from the beginning. There are no additional quests or puzzles to solve.

It's a fine game, and on the shorter side compared to other KOEI strategy games. We'll have to wait until Dragon Force to get closer to a true strategy-RPG, although Langrisser did well. On paper, strategy games seem to fit neatly in as a hybrid of RPGs; however, there are so very few of them that accomplish full integration. Now, I glossed over a lot of details, and may have missed some aspects as I didn't play it. So, if any of this is misinformation, or there are missing details that might tilt the scale, do speak up.
Posted by Zenic Reverie at 12:25 AM 5 comments: 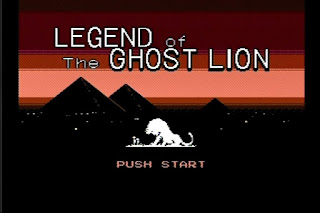