Combatant
Combat is at once frantic and unsatisfying. It has its moments, mostly near the beginning, where it's really a fight for your life. Then once you get through the first boss it becomes painfully easy. Enemies do either barely any damage, or massive amounts and there's no way to tell before being hit. Once magic becomes more powerful, the Aerios spell will slaughter nearly every enemy. The only trouble I had was with one boss, a completely unfair fight that came down to luck and tanking hits on the far left side of the screen.

Even so, the enemies react well. The differences between the AIs is noticeable (some hit and run, while others charge relentlessly) and varied. There are stats that determine damage, although I'm really unsure how both an armor class and a dexterity score fit in when enemies never miss. Maybe if I moved faster as I leveled. The occasional dropped item was a nice surprise, even though I managed to accidentally walk away from nearly all of them. Overall it was okay, but it could have offered so much more. Offering only a single magic spell, and taking that away during boss fights really speak to the missed potential.
Rating: 5
Admirer
Well, you get to name the prince. Beyond that you get to choose which eight spells he can use at any one time. Moving about is okay if a little sluggish, I was really only tripped up when I tried moving the character icon on the mini-map using cardinal directions. There's no alternative character advancement, and his appearance never changes (except in boss battles where he dawns a helmet out of nowhere). Just not much to this game (it's a theme).
Rating: 3
Puzzler
Some of the best quests in the game had no combat. It would have been nice to know what I was getting myself into with that shopkeeper, but it's good to know the game wasn't there only to jerk me around. The small quest to hook up two lonely old folks was a nice touch. Aside from those, everything is main quest all the way. There weren't any real puzzles or riddles to solve, and only one path exists to complete the game's many triggers.
Rating: 3
Instigator
Ah, the story of an orphaned boy reclaiming his birthright. Fight the big bad and win the day. All the while everyone supports me and charges obscene amounts of money for weapons and magic. Money, I might add, that is only derived from fighting monsters. The rings do nothing. Nothing! Even if I had given them to Tsarkon I could probably still have defeated him. At the end of the game I threw them into the air, never to be seen again. I mean, why does anyone want these things?

No descriptions or lore for any of the items exist in the game. I've said it before, but the Sword of Vermilion is mentioned only when given to you. The lasting significance is non-existent. At least the world is consistent enough to always point towards the next quest point. The world as a whole feels disjointed, as if each section was created by a different person, and then pieced together at the end. There's no flow, and I felt very out of touch as my responses to many questions were scripted.
Rating: 3
Collector
Limited inventory sucks. I mean, I get trying to keep a balance for consumables, but 8 items, 8 pieces of equipment, and 8 magic spells seems a bit harsh for a 16-bit game. There are a good number of items, and I found myself needing to drop most of them in the final dungeon to fit the four keys I needed. Money became irrelevant as soon as I bought the best equipment money could buy. There were magic books, but what could really compete with Aerios? There's no storage to keep spares, and the selling price is inconsistent. Stats are plainly available to tell which piece of armor provides the best overall protection, but other facts like poison and magic resistance are hidden. How did game developers expect players to stumble across facts like this?
Rating: 3
Explorer
Wow! This world is boring. I think there were at least 4 whole tile sets in this game. One for dungeons, one for outdoors, one for villages in the woods, and one for towns with a castle. The enemy sprites were the best thing about the game. The music wasn't bad either. There was plenty of treasure to find at the end of long passageways, but it's hardly worth the effort (most found equipment is replace by better in the next town). The game boasts "hundreds of hours of adventure gameplay." Seriously, "hundreds!" How did they come up with that number? Maybe they estimated how long it would take to use the 'seek' command on every single tile. The land of Vermilion is somewhat compartmentalized, traveling beyond your means is possible to some extent. There's just no point to doing so.
Rating: 5

Well, another mediocre-average game down. I was really hoping to be wowed by a Genesis game, but I suppose that will have to wait until Rings of Power. It just so happens that game is coming up right after Cadash. Actually, looking at the upcoming list I'm excited to move on to bigger and better games. King's Bounty needs to get cut, but I want to play through it again for a bit to refresh my memory. Chet over at CRPG Addict (probably don't need the link, but what the hey) will cover the game soon, so check out his coverage for more details once it's up.

So, Cadash this weekend. I suspect it's rather short since there's no saving. If there's enough material I may stretch it out, comparing the differences between ports. Most likely I'll just have everything in a single post (seems a bit strange to go from 0-finished, but it's bound to happen).
Posted by Zenic Reverie at 11:00 PM 7 comments:

Email ThisBlogThis!Share to TwitterShare to FacebookShare to Pinterest
Labels: Rating, Sword of Vermilion 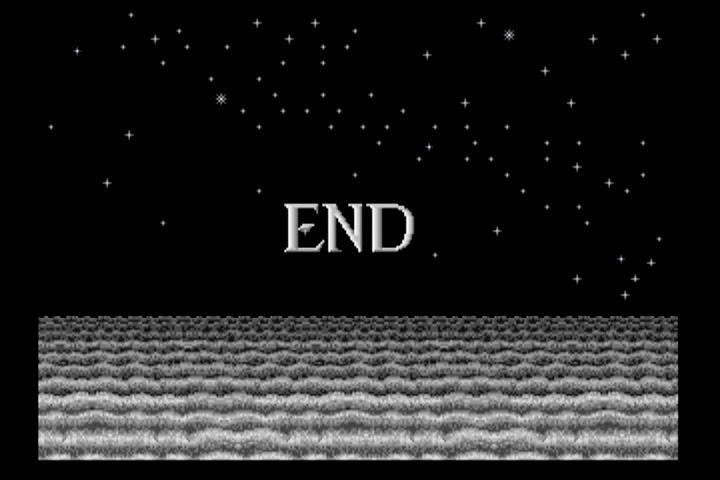 Game 24: Sword of Vermilion (Genesis) - I See a Red Sword, and I Want it Painted Black 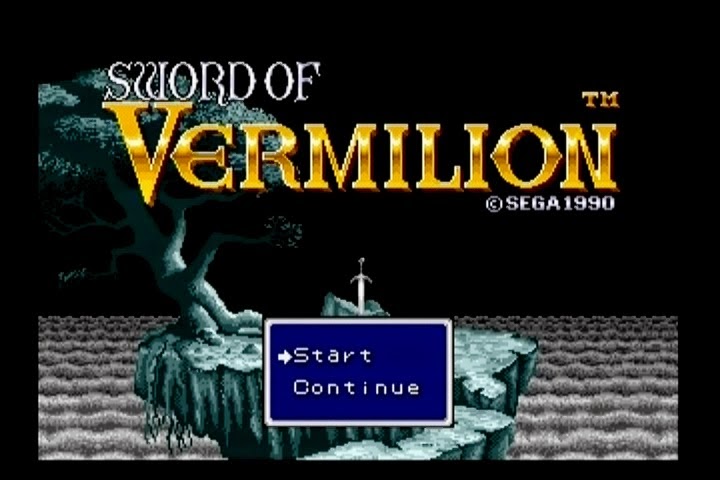