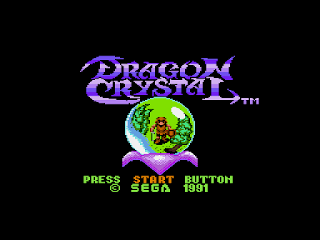 Next up we have a childhood favorite. Lagoon holds a special place in my heart. I'm not even sure why I like it so much, but it's a stand out title that I enjoyed renting so much that I eventually bought it. We'll see how it holds up to the test of time.
Posted by Zenic Reverie at 11:07 PM 9 comments:

Combatant - The variety of enemies, especially bosses, is one of the best parts about this game. There are numerous spells, the majority of which aren't necessary, but it's nice to explore different strategies. The balance edges on the easy side, but defeating each boss is rather satisfying. There are stats, but there's no need to pay them much attention.
Rating: 7
Admirer - There aren't many options when the game spoon feeds pre-made characters. Abilities do advance based on combat, but which characters are available is always determined by plot. It's possible to rearrange the magic list, but spell acquisition is solely based on character level. While sprites don't change with equipment, it's possible to change the one shown while exploring. I look forward to more options going forward in this series.
Rating: 4
Puzzler - The main quest is clearly defined, but there's not much to solve. The side quests are interesting, but seem out of place. There aren't any real puzzles to speak of, and there's only one way through the game.
Rating: 3
Instigator - This may seem like a harsh score, but NPCs lack active advice with many nonsensical dialogue. The plot developed well in the beginning, but it rarely supported the backstory which consisted of a vague notion of familial responsibility with lot of hand waving. I felt less like an active participant, and one that was merely pressing buttons to make the story move forward, a story that isn't influenced by me at all. Maybe I expected more from it, but it's not as impressive as I recalled. Once again I'm looking forward to the next Final Fantasy.
Rating: 4
Collector - There's a rather large inventory, and a place to store items. If only the game tracked collecting them all. The economy becomes rather broken by the end, much like other games, but the game tries to smooth it over by selling high-priced elixirs. The strength of weapons and armor are only known when equipping them, but tends to follow the cost to power ratio trend of early games.
Rating: 6
Explorer - The music alone is brilliant. The graphics have a pleasant style that I enjoyed as well. However, the world itself has few opportunities to discovery interesting places. Exploration is mostly open, but the game contains the open regions to plot related scenarios. My past experience colors my view a bit here, but it wasn't much fun to dive back in a second time.
Rating: 5
Final Rating: 29 [48%]

Overall it's an experience I'm glad to have, but I don't think I'll be selling it to anyone else. The story is a bit shallow compared to other games, and the world is constrained. Options to the players are limited in both use and quantity. It's a solid entry, and a milestone for its time, but it doesn't stand up as well anymore. I think if you're curious about the history of Final Fantasy or RPGs, then it's a good experience to have, but as a game it's somewhat lacking.
At the same time I've been taking some time away from the blog, I've also taken a few weeks off from playing RPGs. I've just gotten back into it, and just wrapped up Crystal Warriors. I'm considering taking a break from playing RPGs until I'm fully caught up on the blog once again. The edge of a year seems like a good time to do so as I'm nearly four (albiet short) game posts behind, and need to research all the games for 1992. For the blog it'll probably be nearly seamless, but it'll help me work through some other games and projects that have interested me. Thanks for reading, and it shouldn't be as long before the Dragon Crystal post.
Posted by Zenic Reverie at 1:10 AM 5 comments: