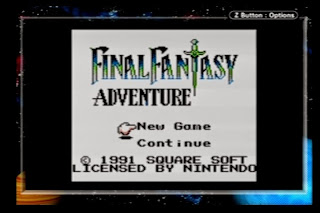 Next up Uncharted Waters. I've been looking forward to a good exploration game, and I hope this is it. This should be a lot of fun. I have a complete copy, so I've been reading the manual and looking over the map the past couple of days. Seems the story is a bit of a mystery.
Posted by Zenic Reverie at 8:45 PM 15 comments:

Below the Cut: Pirates! (NES) and Pirates! Gold (Genesis)

What I'd really like to see is a fully fleshed out pirate themed RPG. Of course, that may come soon with Uncharted Waters on the horizon, although I have a feeling that's more of an edge case (albeit with character stats and advancement). Here we have Pirates!, a port from PC to the NES, later remade for the Genesis--re-titled Pirates! Gold. What makes this game compelling is how it handles a slowly unfolding story of a fresh privateer as he takes to the seas. The Caribbean, simulated during the 1600s, is fully realized with many real world towns, random ships and historical pirate encounters, and a hidden story if you dig deep enough. It's also possible to make one trip around the bay and retire.

Unfortunately it lacks character advancement in every respect. It is possible to build up a crew of men (which act more or less like hit points), ships (that only increase cargo hold capacity), and goods, but the player's skill is the only determining factor for success. Combat happens in three ways: ship, land, and duels. During ship combat you select one from your fleet and face off against one ship of the enemies. Land based combat is probably the toughest of them all, there are multiple units or squads of men, and deciding how to direct them against enemy troops is difficult. (I've never successfully won one of these, but thankfully they're rare.) Dueling happens quite often, either against a ship captain, port governor, or various nemeses found through uncovering the story.

Some of the points on the scale I gave are a little shaky. The only character choices are at the beginning where you can choose country of origin, difficulty, and a special perk. The only items are trade goods, food, and cannons. It can be hard to differentiate the side quests from the main, but what pirate game would be complete without buried treasure, which count in my eyes. I enjoyed the Genesis version more than the NES, and recommend it as the superior iteration; not just for enhanced graphics and music, but the controls are better. So, not an RPG, but still an enjoyable game. Standard disclaimer that I only played each version for about an hour, so let me know if I've missed anything.
Posted by Zenic Reverie at 10:36 AM 12 comments: