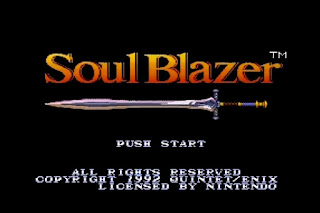 
Combatant - For being so simplistic, combat is a blast. Taking out enemies with some quick magic is satisfying, and the sword has a wide damaging arc that still hits even when it may not look like it should connect. It's a very satisfying experience, although not a very strategic one.
Rating: 5
Admirer - It is possible to grind levels for additional health, but not really necessary. There's no customization. I think they missed a big chance to have equipment represented on the player's sprite. At least the controls are on point.
Rating: 3
Puzzler - There are main and side quests that offer some variety. The rewards for the side quests aren't exceptional, but they're there. In fact one collection quest to find all 8 emblems of the master was so obscure that I only managed the three most obvious. The puzzles are built well into the world, but only single solution exists to progress, which can lead to some frustrating situations.
Rating: 4
Instigator - I think I've gone over the lack of influence enough. I question the reveal that the character isn't human as the response from Lisa was quite muted. The story touches upon various aspects of life and moral living without being preachy. All pieces of equipment and items have a bit of description to go along with them as well. I grew up with this game though, so I'm a bit biased, but I thoroughly enjoyed the story.
Rating: 4
Collector - There are a good number of unique items to find, but nothing worthwhile to collect, except the master's emblems. This gives the treasure seeker something to dig into. Everything else (all armor, swords, and magic) is found through clearing all monster lairs. There's no economy to speak of and no stores. Medical herbs are given away. The item menu has a nice layout, but some key items are used and leave blank spaces.
Rating: 4
Explorer - At this point I'm not sure I'll find a musical score or graphics that aren't at least endearing to the game. I'm not really a good judge for that kind of thing. The music here is fantastic, and I adore this kind of sprite work. The world is a bit limiting, but there are secrets to find everywhere. The whole feel just works.
Rating: 5

Final Rating: 25 [42%]
Overall I can't sing the praises of this game enough. It's just brilliant. Although it didn't rate the best as an RPG, it's the highest rated action-RPG so far. I know I didn't go into a lot of detail about the dialogue, or how the story progresses, but that was partially intentional. Go play it if you haven't. It's easily completed over a weekend. Once again, highly recommended for everyone.
Next up is Ultima: Warriors of Destiny for the NES. I've heard it's a terrible port, but hopefully the underlying game is still well preserved. But first, we need to review the year ahead. That's right, we've passed another year of gaming, and are embarking on the year 1993. The number of games continues to grow, and I'm currently looking at including 20 full games to play, with 5 cuts.

Posted by Zenic Reverie at 6:18 PM